A new Cleveland Clinic study shows that patients with obesity and advanced fatty liver disease who had bariatric surgery (weight-loss surgery) significantly lowered their risk for severe liver disease and serious cardiovascular disease, including heart attack and stroke, compared to patients who did not have the surgery. The study was published online in JAMA.

Researchers found bariatric surgery was associated with an 88% lower risk of progression of fatty liver to cirrhosis, liver cancer, or liver-related death and a 70% lower risk of developing serious cardiovascular diseases, such as heart attack and stroke. The study included 1,158 adult patients with biopsy-proven nonalcoholic steatohepatitis (NASH) who had their liver biopsy between 2004 and 2016 at Cleveland Clinic and were followed through March 2021.

A group of 650 bariatric surgery patients were compared with another control group of 508 nonsurgical patients. Study participants had similar characteristics such as severity of liver disease at their baseline liver biopsy. The aim of the SPLENDOR (Surgical Procedures and Long-term Effectiveness in NASH Disease and Obesity Risk) study was to investigate the long-term relationship between bariatric surgery and future risk of progression to cirrhosis and development of serious cardiovascular events in patients with NASH and obesity.

“No treatment other than bariatric surgery has been shown to have such a significant effect in reducing the risk of severe outcomes or death in patients with NASH” – Shanu N.

“No treatment other than bariatric surgery has been shown to have such a significant effect in reducing the risk of severe outcomes or death in patients with NASH,” said Shanu N. Kothari, MD, president of the American Society for Metabolic and Bariatric Surgery (ASMBS). “Bariatric surgery should be considered a first line treatment for these patients.”

Metabolic/bariatric surgery has been shown to be the most effective and long-lasting treatment for severe obesity, resulting in significant weight loss and resolution or improvements in diabetes, heart disease, sleep apnea and many other obesity related diseases. The safety profile of laparoscopic bariatric surgery is comparable to some of the safest and most commonly performed surgeries in the U.S., including gallbladder surgery, appendectomy and knee replacement.

An estimated 256,000 bariatric surgeries were performed in 2019, according to the ASMBS, which represents less than 1 percent of the currently eligible surgical population by BMI. Nearly 60% were sleeve gastrectomies, an increasingly popular procedure that involves removing most of the stomach and shaping the remainder into a tube or sleeve, restricting the amount of food it can hold. About 18% of procedures were gastric bypass.

The CDC reports 42.4% of adults in the U.S. had obesity in 2017-2018. Another 9.2% had severe obesity. Obesity is linked to more than 40 diseases including type 2 diabetes, hypertension, heart disease, stroke, sleep apnea, osteoarthritis and at least 13 different types of cancer.

Dr. Huacuz is a General Surgeon with a specialty in Bariatric Surgery, which is doubly certified by both the Mexican Council of General Surgery and the Mexican College of Surgery for Obesity and Metabolic Diseases, in addition to being a Regular Member of the ASMBS and IFSO.

He has more than 20 years of experience in the area of General Surgery and Training in Advanced Laparoscopic Surgery. Currently Dr. Huacuz is the tenured professor of the Laparoscopic Surgery for Surgeons course at the HGR01 of the IMSS Tijuana for 10 years where he receives two fellows annually. 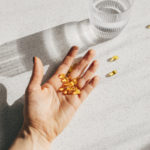 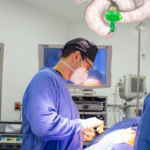 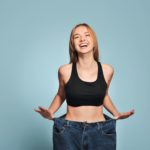